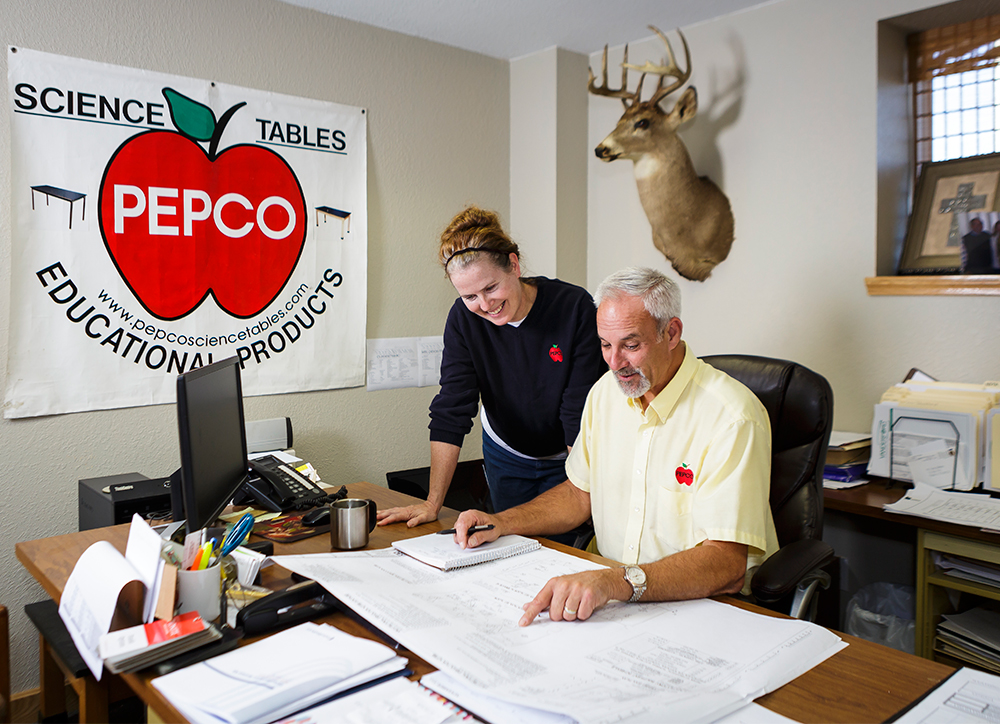 Patton Educational Products Company, PEPCO, was started in 1989 by Lewis Patton and his son, David. Lewis, a graduate with a degree in chemistry from the University of Missouri, Columbia, began his career as a chemistry teacher after his honorable discharge from the Army where he worked in chemical warfare testing and development. Living on a farm, he taught school and worked the land and was hired as a field sales representative for a major scientific company. Moving from the farm to Kansas City in the mid 60s, Lewis sold for school furniture and supply companies until he took early retirement in 1989 when PEPCO was founded.

PEPCO’s science and art tables are unique in almost every aspect of its materials and construction. Demanding the highest quality from the inside out, we deliver a table that is warranted for 15 years against manufacturer defects. They are definitely built to withstand the rigors of classroom activities and will remain an attractive addition to any school classroom.